What is Improvised Black Mirror?

Inspired by the hit Netflix show “Black Mirror,” the cast explores the darker sides of humanity and technology. Watch as they take a simple suggestion and create a dire dystopia. 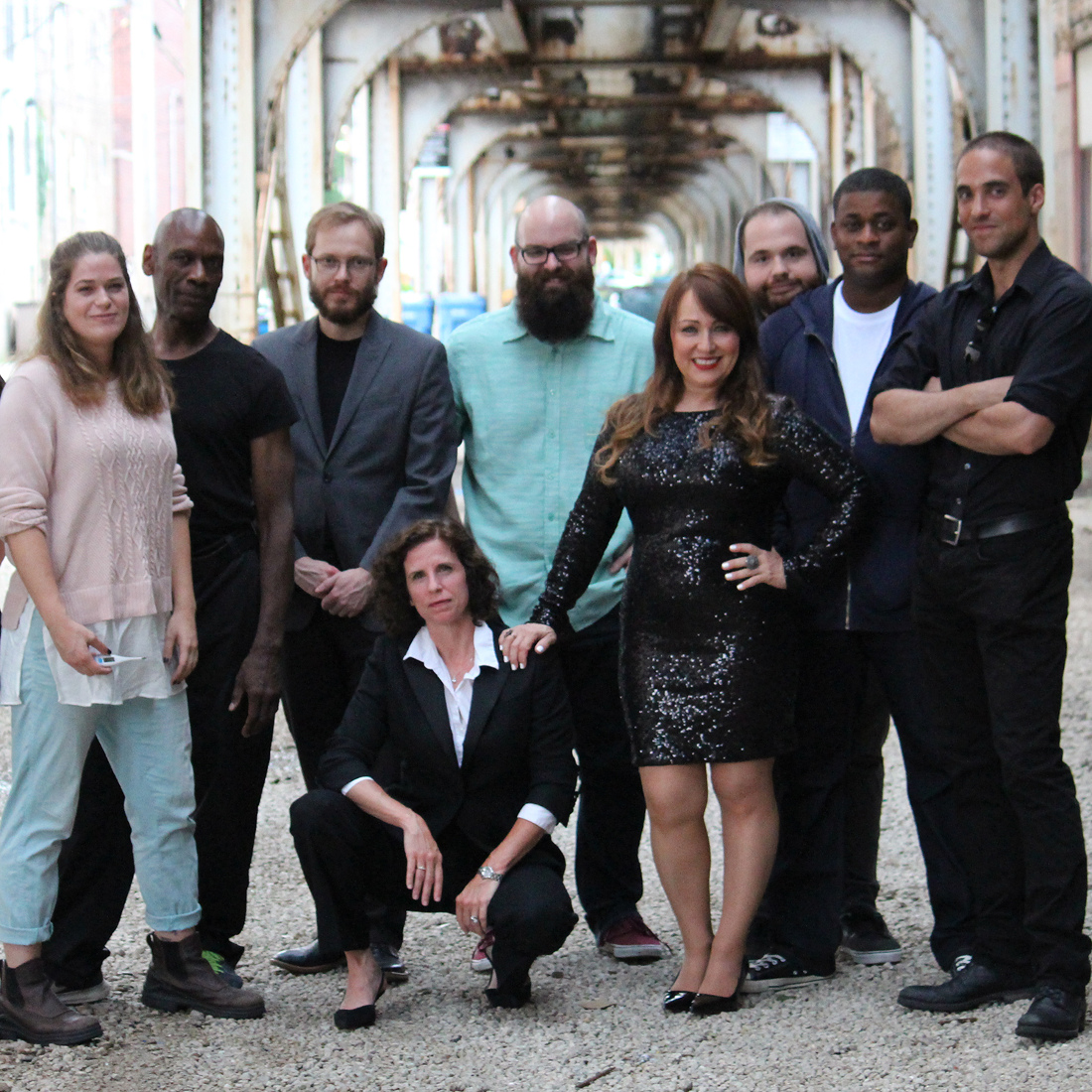 Tickets are $12 and can be purchased in advance at thundertix.com

Carlyn Attman
Carlyn Attman (cast) first came across Black Mirror three years ago. The show set her brain on fire, which, I guess, she liked. She’s performed improv across London and is excited to hit the Chicago stage with this ridiculously talented group. In addition to acting, Carlyn is a writer. She’s currently suturing up her first manuscript with the help of frequent breaks to step outside and crunch a bunch of dead leaves.
Karen Berk Barak
Karen Berk Barak (cast) is an international entertainer, singer, composer, actor, and classically trained pianist. The solo performances Karen creates are meant to educate, inspire and entertain and you can catch her at libraries, churches, synagogues and her favorite: retirement communities! She was an ensemble member of Porthouse Summerstock Theater playing the lead in “Stop the World, I Wanna Get Off”. Last year, Karen and her original music premiered in the Jerusalem Theater in “Aubergine – Love, Madness, Blood and Tears.” This year, Karen was on “Chicago Fire” for her television premiere uttering her first nationally televised lines of, “Oh, my Lord” and “It’s a miracle – it’s an honest to G-d miracle…”. Barak has been recognized in several media publications most recently in Scene Magazine. Improv is a new area for Karen and she LOVES it! She adores this cast and is learning so much from each of these superbly talented folks who are veterans…But for the record, technology scares her…
Gregory Winston
Gregory Winston (cast) is thrilled to be a part of Improvised Black Mirror.  He has been an active participant in the Chicago improv community for over 20 years working is such groups as Utterly Improv, the Underground Players, and Mooky Soup. He has most recently been see on stage in GreenMan Theatre's production of Urinetown as Hot Blades Harry.
Alex LeBaron
Alex LeBaron (cast) has been improvising for 8 years in Boston and Chicago. He is a former member of ImprovBoston Mainstage and Touring Company and a former member of Under the Gun's ensemble. He is the creator and director of RejeCTED Talks, In Tone and Live Band Comedy.
Gabe Caruso
Gabe Caruso (cast/producer) is a graduate of Cornell College where he studied English and Philosophy. He moved to Chicago in 2010 to pursue his love of hip hop and comedy. Since moving, he has graduated from Second City's conservatory and Musical conservatory programs. He has been an ensemble member of Theater Momentum, and Under The Gun Theater. He was a founding member of Dark Humour Productions in 2013 and became Artistic Director of the Company in 2014. Gabe most recently wrote Dundee: A Hip-Hopera, which was awarded Best New Play of 2017 and earned him Best Playwright of 2017 by The Chicago Reader. Improvised Black Mirror is probably the tenth to twelfth show he has done with Kevin Mullaney, and they are still friends.
Johnny Kalita
Johnny Kalita (cast) is a Chicago Actor/Improviser/Producer. He has performed in numerous theatres including Under the Gun, Theatre Momentum, and has been in many indie films. His most recent screen credit being the horror film 'Eyelash'. He is a graduate of The Second City Conservatory, i.O., Annoyance, and Black Box Academy. Johnny is also the Founder/Artistic Director of Black Mamba Theatre which had a very successful first show in 2016 'The Pillowman'.
Matt Kidd
Matt Kidd (cast) has been training and performing in Chicago since 2010. Like everyone who has ever lived in Chicago he took an improv class and it turned out the weird programmer behind the computer screen had more fun than he expected and has been just following the fun ever since. He is also an ensemble member of pH Comedy.
Michael Erickson
Michael Erickson (cast) feels very lucky to perform with this clump of naughty pals. He's trained and performed all over the city but he likes improv and sketch the most. His favorite park is Epcot and his favorite pavilion within Epcot is Norway. Huge smooches to Val.
India Whiteside
India Whiteside (cast) is happy to be back onstage after a looooong hiatus. Improv experience was three golden months in the summer of ’89 with the likes of Dave Koechner and Jimmy Carrane at Improv Olympic. Theater credits include lots of Shakespeare, at the Court Theatre and Folio Theatre, as well as other stuff at Steppenwolf, American Blues, Mary-Archie, Seanachai, Dolphinback, Transient (Jeff Citation nomination Best Actress), and recently the Black Ensemble Theater. Film credits include "Savage Youth" and "Margaret and the Moon.” India is represented by the lovely people at Big Mouth Talent.
Ryan Miera
Ryan Miera (Musical Director) music directs full time all around Chicago. He's plays at and for iO, MCL, Second City Theatricals and The Annoyance. He's sailed the seas with Second City aboard the Norwegian Pearl and is currently the head music at ComedySportz where he plays most often. He fronts his band The Limbos. The Limbos can be heard on iTunes, Spotify, Google Play, and Apple Music. Their past 3 releases are all available on Mint 400 Records.
Kevin Mullaney
Kevin Mullaney (Director) has taught improvisation for 20 years starting at iO Theater in Chicago, later at the Upright Citizen’s Brigade Theatre in New York and more for the Improv Resource Center in Chicago. He is the host of the Improv Resource Center Podcast and the webmaster of the Improv Resource Center. Among the shows he directed recently were: Based On a True Story, Trending, Haunted, This Film is Not Yet Made, Vampyre Hunter High, Dear James Franco, Space Warps and A Swarm of Spoilers. He is the former Artistic Director of the Chicago Improv Festival and of the Upright Citizens Brigade Theater in New York. He directed numerous improv shows for the UCB Theater including “Tracers”, “Retraced”, “Individually Wrapped”, and “The Swarm in Slow Waltz Around Rage Mountain”. He is the creator of Cage-Match and the Annual 3 on 3 Tournament at UCB. He recently won the 2015 INNY award from Improvisation News for the best “Best Improv Comedy Instructor/Coach”.